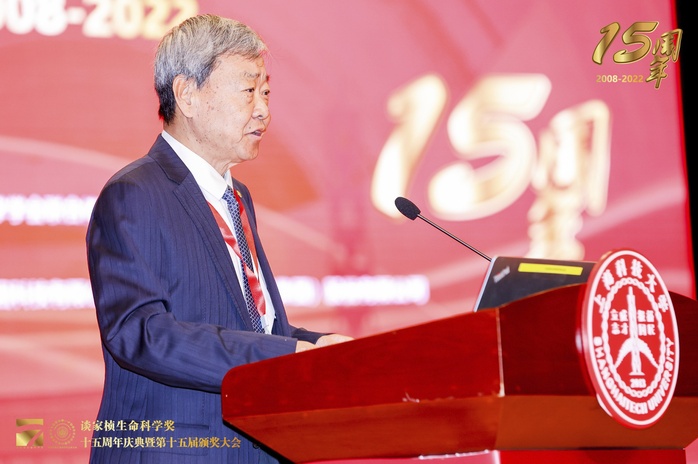 Li Ruxin, Vice President of ShanghaiTech, delivered a welcome speech. He said that as a young and new research university, ShanghaiTech is very honored to host the 15th C.C. Tan Life Science Awards Ceremony. Life science is one of the key disciplines of ShanghaiTech, which aims to contribute to China's life science research and the development of biomedical industry, through collaboration with top professionals and renowned institutions, and promotion of the interdisciplinary integration. 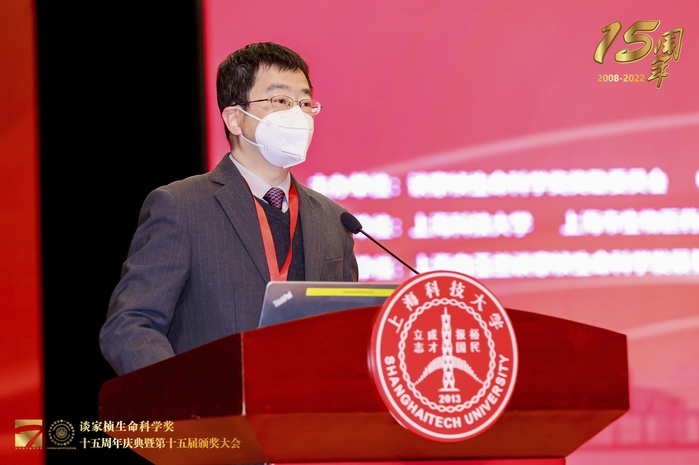 Chen Zhu, Vice Chairman of the NPC Standing Committee, was invited to give a video address. He pointed out that, “life science has profound potential and can contribute a lot to our society — as Mr. C.C. Tan said, which is the purpose of the establishment of the 'C.C. Tan Life Science Awards'. The Awards have accumulated great influence after 15 years’ development. I hope all of you will work together to make more achievements in the world and contribute your wisdom to building China into a great modern country.” 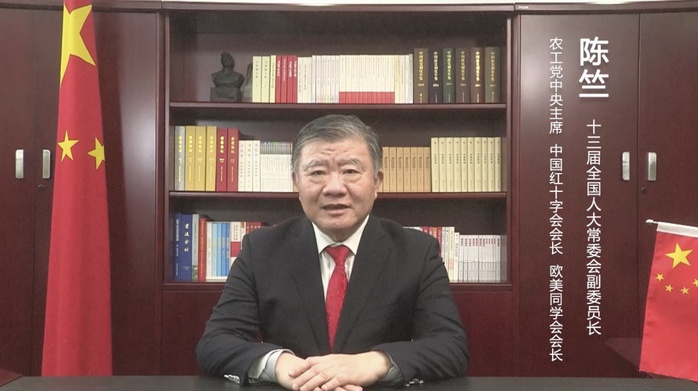 A video address given by Chen Zhu 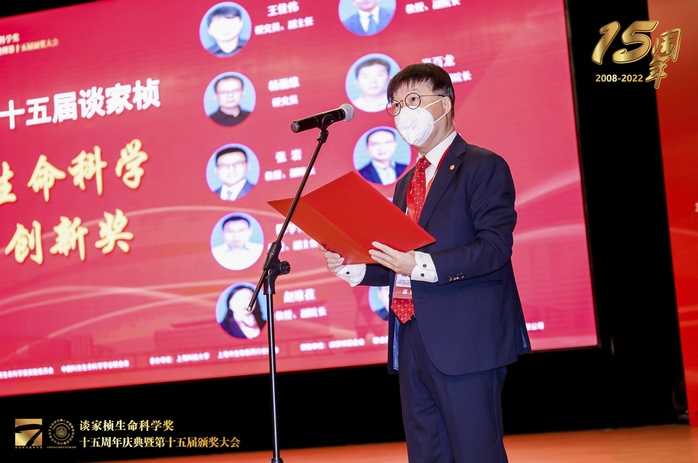 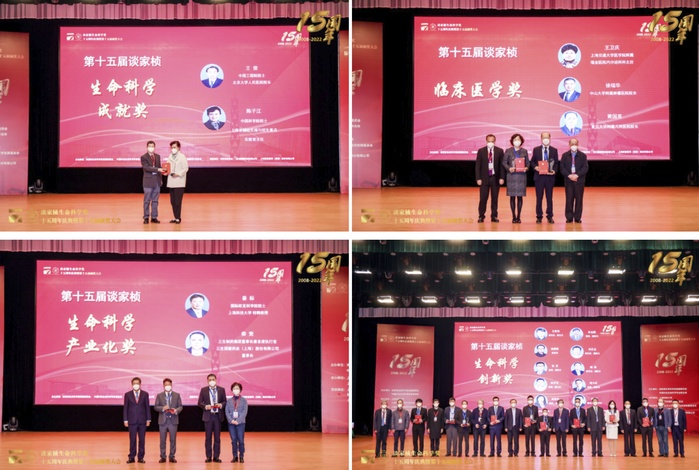 Then, speeches were delivered by Jiang Biao (the representative of this year’s award winners, Academician of the International Eurasian Academy of Sciences) and CAS Academician Li Jinsong (the representative of previous award winners, Director of the State Key Laboratory of the Center for Excellence in Molecular Cell Science, CAS, Distinguished Adjunct Professor of ShanghaiTech University). They both mentioned that the spirit of Mr. C.C. Tan and the establishment of C.C. Tan Life Science Awards have promoted the cultivation and growth of life science talents for many generations. The award winners would inherit and carry forward the spirit of Prof. Tan to advance scientific research and education. 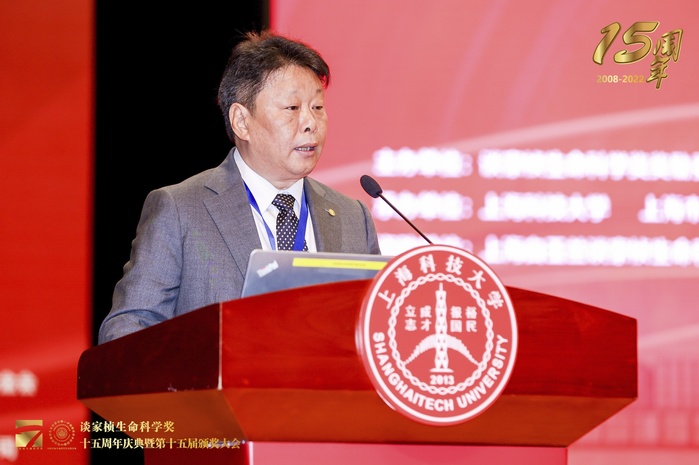 Jiang Biao shared his stories about the award 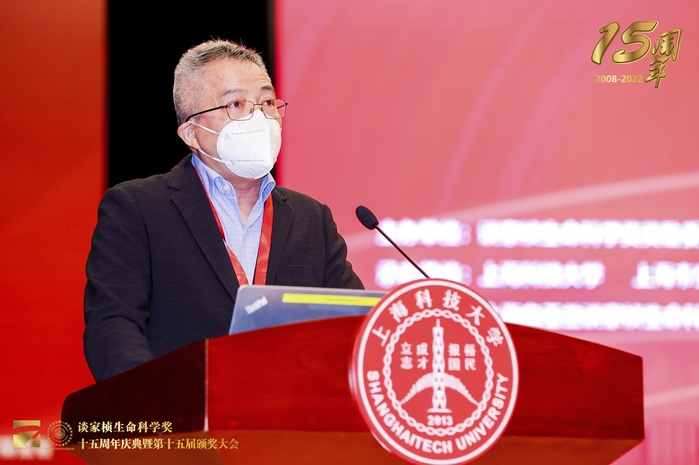 Vice President of ShanghaiTech Jiang Ge presided over the keynote reports of the conference. CAS Academician Chen Zijiang and Prof. Jiang Biao gave their reports respectively, sharing the latest research achievements in the field of life sciences. In the afternoon, a winners' forum was also held. 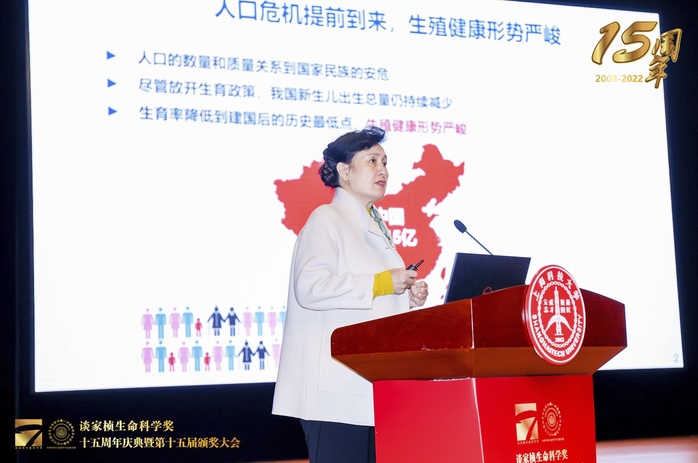 C.C. Tan is a world-renowned geneticist and one of the founders of modern genetics in China. He has been engaged in genetic research and teaching for more than 70 years, and has published more than 100 papers. He was the first to bring the word gene into Chinese. In order to promote Mr. C.C. Tan's scientist spirit, the whole ceremony was livestreamed to the public, and nearly ten thousand people from all sectors of the society watched the live broadcast.

C.C. Tan Life Science Awards were established in 2008, which were proposed by Mr. C.C. Tan and approved by the Ministry of Science and Technology. It has been organized for 15 times and has become one of the most influential awards in the field of life sciences in China. 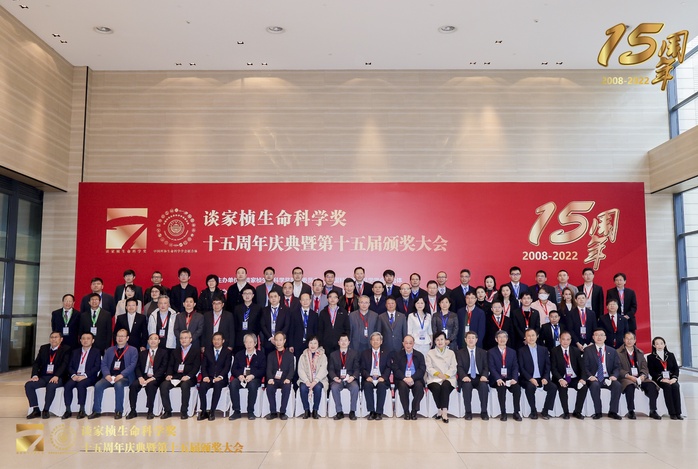