On July 27, Xi Nanhua, academician of the Chinese Academy of Sciences (CAS) was invited to ShanghaiTech to give the opening report of Calabi Lectures to IMS faculty and students. 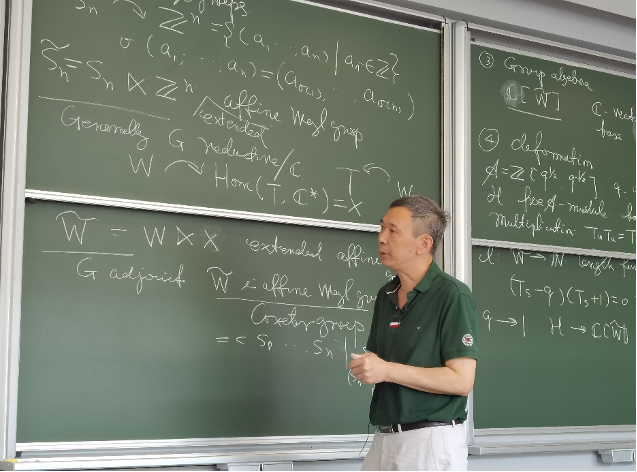 Academician Xi Nanhua is doing the proof on the blackboard

The Calabi Lectures is a lecture series of IMS intended as an academic exchange platform for students and faculty to follow the cutting-edge, creative and pioneering research of contemporary mathematics from a number of distinguished mathematicians. This lecture series is named after Calabi, who is an outstanding geometric mathematician who  is well known for his pioneering contributions in Kähler geometry, Laplacian comparison theorem in Riemannian geometry, and Calabi–Eckmann manifold in complex geometry. “Calabi was my advisor, and I have been greatly influenced by his scholarship and personality on how to be a scholar and a good person. It is my pleasure to name this series of lectures after him,” said Professor Chen Xiuxiong, the Founding Director of IMS who hosted the first Calabi lecture. “Like Calabi, Academician Xi Nanhua is also a great educator and mathematician who has made many fundamental and profound contributions to our understanding of algebraic groups and quantum groups. He is renowned for his research in fields such as Lusztig's conjecture, Deligne-Langlands conjecture, Hecke algebra, and finite dimensional representations of quantum groups. Xi Nanhua is the best scholar to deliver the first report of the Calabi Lectures.” 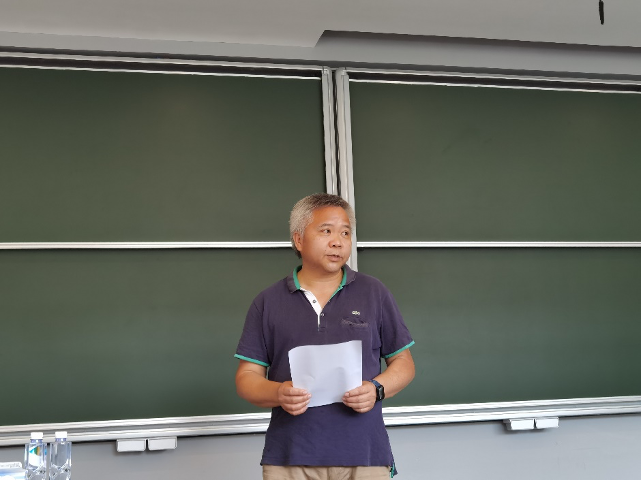 Professor Chen Xiuxiong is introducing the lecture and Xi Nanhua

Xi Nanhua’ s report is about “the based rings of affine Weyl groups”. Affine Weyl groups are a special class of Coxeter groups whose Heck algebras are closely related to the representation of p-dic groups, which play an important role in the Langlands program. The report of Academician Xi Nanhua mainly focused on a conjecture of Lusztig about the based rings of affine Weyl groups, and he explained that this conjecture has been proved and he also illustrated by a specific counter-example. The content of the report progressed from a broad overview to a detailed description, to let listeners gain a systematic understanding of the importance and difficulty of this conjecture, and to have a better understanding of the latest progress.