As a non-contact power transmission technology, wireless power transfer is safer and more convenient, and has been widely used in electric vehicles, consumer electronics, medical implant equipments and many other applications in recent years. Inductive power transfer is the traditional transmission technology, but its disadvantages, such as high eddy currents, large size of magnetic cores, and sensitivity to the surrounding mental objects, limit its application potential. The alternative is the CPT system which shows great potential in solving the above issues. However, by employing the existing capacitive coupler it is structurally difficult to ensure sufficient self-capacitance and mutual capacitance at the same time, which leads to a compromised design involving these two factors, limiting further improvement of the power transfer capability of CPT. The high electromagnetic radiation of the capacitive coupler also limits the application of CPT.

Fu’s group developed a new interleaved capacitive coupler to solve the above issues of the CPT system which avoids the compromised design and has an excellent electromagnetic radiation performance. Their research result was published in IEEE Transactions on Power Electronics. Master student Liu Yipeng is the first author. Prof. Fu Minfan is the corresponding author. ShanghaiTech is the affiliated institute.

A well-performing CPT system is highly dependent on its compensation network to achieve a load-independent (LI) output and zero-phase-angle (ZPA) operation status under the circumstances involving various misalignments. Fu’ s group is devoted to developing a general and comprehensive method to study and explore all the potential high-order compensations. The coupler parameter variation was evaluated under different types of misalignments, and misalignment-insensitive (MI) parameters were properly designed for MI resonance. A general and straightforward decomposition and synthesis method is proposed to generate the high-order resonant tanks. All tank candidates were further judged by their capability for LI output and ZPA operation. Finally, two example CPT systems were built to verify the LI output and ZPA operation under misalignment.

This study was published in IEEE Transactions on Circuits and Systems I: Regular Papers. Master student of Class of 2020 Wang Shiying is the first author. Prof. Fu Minfan is the corresponding author. 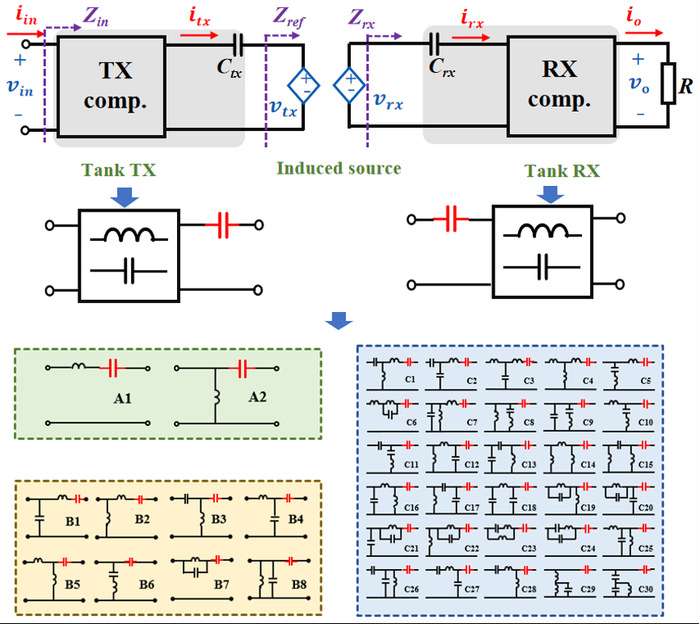