The research about the social organization structure of Neolithic settlements

The transformation of human society from a hunter-gatherer society to an agricultural society has not only changed the composition of human food, but also brought about changes in the structure of social organization. The origin of agriculture is an important topic in Chinese archaeological research, but past research has focused on where and when the earliest domesticated animals and plants appeared, and the research on social organization has not been deep enough. What are the basic social and economic units of the settlement, what strategies are used for economic sharing within the settlement, whether there is social stratification, whether there is economic specialization in production and exchange, and what mechanism drives settlements to become a whole? These questions still remain to be answered.

IH Assistant Professor Tu Dongdong and researchers from Hebrew University have used statistical methods to study the social organization structure of an early Neolithic settlement in Northeastern China, the Chahai Site, in an attempt to answer the above questions. Their research results are published in Journal of Anthropological Archaeology.

The Chahai Site is located in Fuxin City, Liaoning Province. After large-scale excavations from 1986 to 1994, it has been basically fully exposed and the settlement layout is basically clear. From 2012 to 2017, the China-Israel joint archaeological team conducted a regional systematic investigation and trial excavation around the Chahai Site, and gained a further understanding of its age and characteristic, providing rich and solid data for the conduct of Tu’s study. 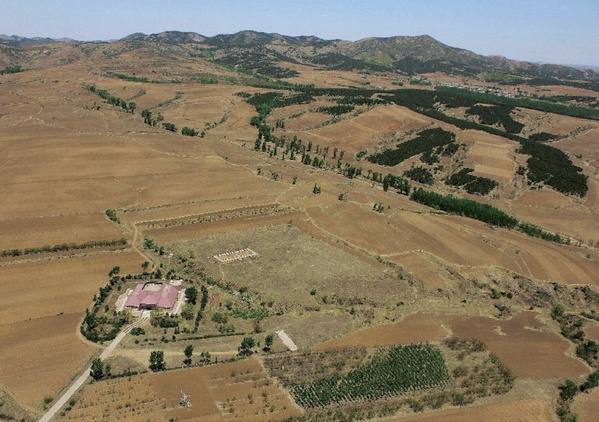 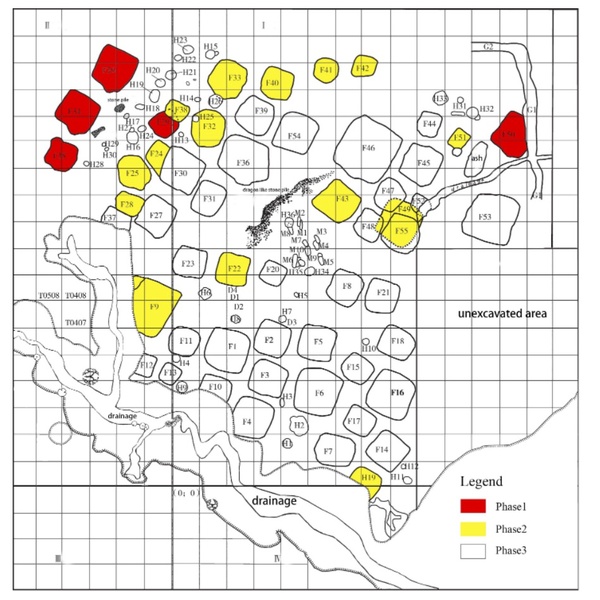 Layout of the Chahai Site

The researchers used the method of correlation analysis to point out that the number of relics in the ruins may reflect the number of people living in the house, rather than a symbol of wealth and status. The researchers analyzed the distribution of storage pits and utensils, and pointed out that each household is a relatively independent unit of production and consumption, and collective sharing within a settlement is not a common economic strategy. They also found that the settlement had internal primary specialized production through factor analysis. Loose economic behavior obviously cannot be a factor for community aggregation, and group behaviors, including feasting, public buildings and cemetery construction, should be the driving factors for community aggregation. 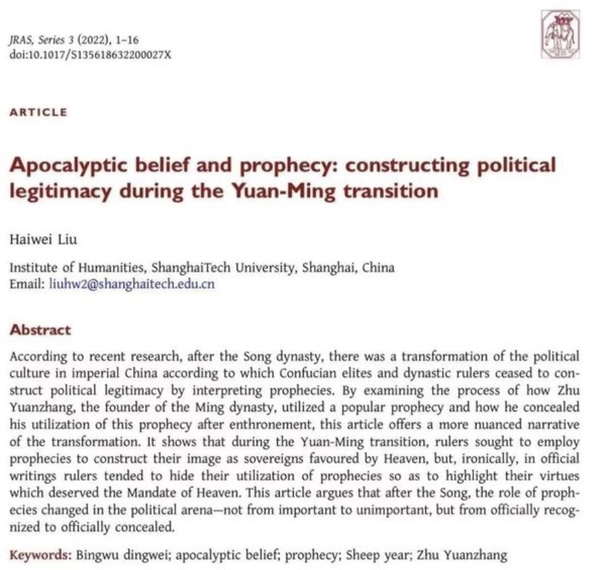 IH Assistant Professor Liu Haiwei recently published his research results in an article entitled “Apocalyptic belief and prophecy: constructing political legitimation during the Yuan-Ming transition” in Journal of the Royal Asiatic Society, analyzing the prevalence of Chenwei during the Yuan-Ming transition. The study found that the founder of Ming dynasty Zhu Yuanzhang constructed and used prophecies to attract support for his uprising. But after the establishment of the Ming, he concealed the history of using prophecies, and tended to only highlighted his virtues, which deserved the Mandate of Heaven, as the basis of his political legitimacy. In the research, Liu believes that Chenwei in the politics has not disappeared after the Song dynasty, but changed from an officially recognized factor to an officially concealed one.

In this paper, Liu Haiwei is the first author, and ShanghaiTech is the only completion unit.