In this information era, the number of academic papers published every year has exploded. There are major challenges as to how to help researchers quickly know the frontiers of scientific progress and help young scholars and students to quickly master the core knowledge system in their research field. In order to solve this problem, the Springer-Nature Group has developed the Dimensions Autosummarizer (DA), an AI-assisted literature summarization system, to assist researchers in publishing books.

Recently, SLST Professor Liu Ji-Long’s group together with the Library, collaborating with the Springer-Nature Group, have published the first DA-assisted book in life science named CRISPR-A Machine-Generated Literature Overview. Third year Ph.D. candidate in Liu’s group Zhang Ziheng is the first editor of the book. Dr. Wang Ping from the Library is the co-first editor. Prof. Liu is the corresponding editor. 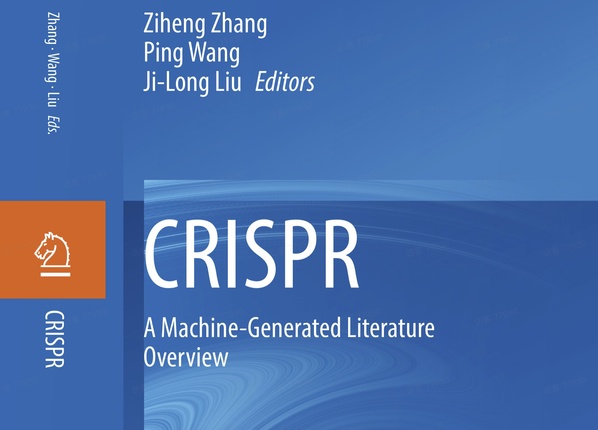 Cover of the book

CRISPR technology, short for Clustered Regularly Interspaced Short Palindromic Repeats, is a technology that makes available the precise binding of proteins, RNA and DNA, which can derive various combinations such as protein modification, RNA modification and DNA modification, thus leading to more new technologies. CRISPR is widely used as a means of gene editing, and can also be applied in cell biology, developmental biology, and other fields. CRISPR technology provides a broad range of ideas for basic research, and also opens up a new space for translational research, clinical research, and industrial research.

At the end of 2020, Zhang Ziheng was invited by Prof. Liu to participate in the book editing. Can artificial intelligence assist in literature summarization and book publishing? With strong curiosity, he decided to join the book editing team. I very much appreciate that Prof. Liu gave me the opportunity to experience and witness the great potential of AI in book editing and knowledge dissemination.

For nearly a year, Liu Ji-Long was responsible for the overall editing process control and framework construction, Wang Ping was mainly responsible for sorting and screening documents in the database, and Zhang Ziheng was responsible for generating manuscripts with the help of the DA system. At first I thought it would be a huge project, but after simple training, I found that it becomes easier to compile books with the support of AI, said Zhang Ziheng Of course, the premise is to do good preparation work such as sorting and screening of the literature. In addition, this preparation work helped me make rapid progress on the academic road. 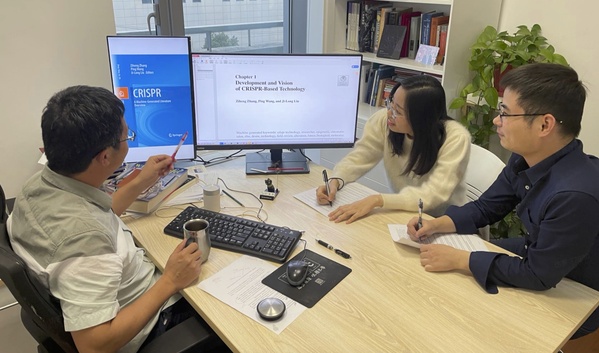 This book is the first successful attempt of the DA system in life science. The editing team used the CRISPR-related literature in Springer-Nature publications as the original data, finally selected 114 literature articles through the calculation of the knowledge map of the CRISPR research field and manual verification, and wrote the book with the help of the DA platform. With the inspiration of the knowledge map, the book presents a comprehensive summary of the scientific research progress of CRISPR technology.

The smooth publication of the book was assisted by Huang Mengchu, Janina Krieger and the artificial intelligence team from Springer-Nature Group, and also received strong support from SLST and ShanghaiTech Library. It is believed that in the near future, the AI-assisted literature knowledge summarization system will make a revolutionary contribution to the dissemination of human knowledge.