As the grand finale of the 3rd Innovation and Entrepreneurship Summit of ShanghaiTech University, the Entrepreneurship Carnival event was held in the Conference Center on the afternoon of December 25th. Peng Song, Executive Deputy Director of the Shanghai Science and Technology Innovation Office, Qiu Wenjin, Deputy Director of Shanghai Municipal Development and Reform Commission, were joined with nearly 100 guests. Guests came from the General Office of the CPC Shanghai Municipal Committee, Shanghai Municipal Development and Reform Commission, Shanghai Science and Technology Innovation Office, Science, Technology and Economy Commission of Pudong District, Intellectual Property Bureau of Pudong District, Zhangjiang Group, Spinnotec, and were also joined by delegates of affiliated institutes, cooperative hospitals, enterprises, investment organizations, and science and technology parks of the Chinese Academy of Sciences participated in the Carnival. Members of the leadership of ShanghaiTech also attended the event. 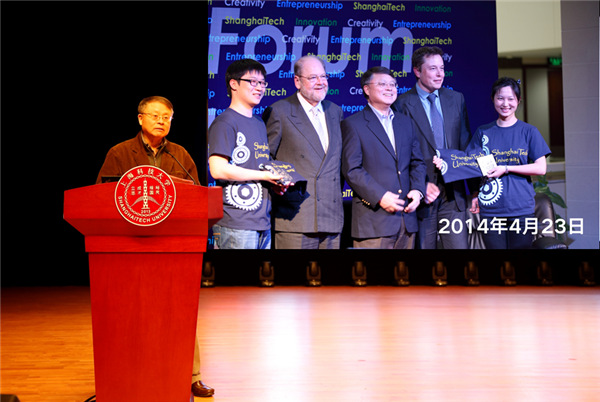 President Jiang Mianheng delivered the remarks, fully affirmed the success of the 3rd Innovation and Entrepreneurship Summit and emphasized that ShanghaiTech should implement the national innovation-driven development strategy and implement the school-running concept of transforming science and technology into productivity. He described how faculty and students of ShanghaiTech should have courage to utilize a large platform like Zhangjiang, Shanghai, China and the world as science and technology parks for their innovation and entrepreneurship. He pointed out that faculty should adhere to the primary responsibility of teaching and educating, and constantly train outstanding innovative and entrepreneurial talents for the country. Meanwhile, students should cherish their campus life, concentrate on their studies, and constantly improve their ability to innovate and start businesses. President Jiang also suggested that they should focus on original innovation and transfer of science and technology. In this Summit, there were 80 entrepreneurial projects from both inside and outside the campus. ShanghaiTech should further build this Summit into an entrepreneurship and innovation platform of Shanghai Science and Technology Innovation Center for all people, enterprises and investment institutions who are interested in scientific and technological innovation and entrepreneurship. 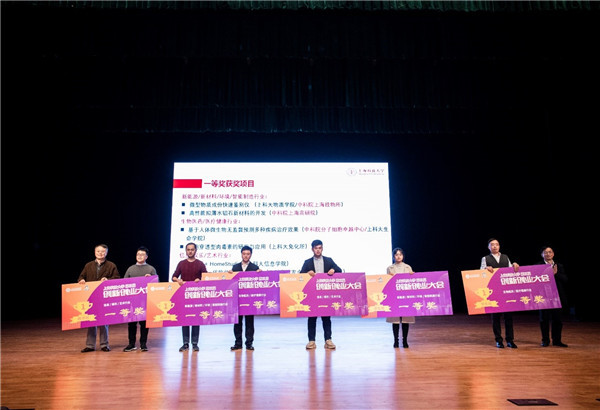 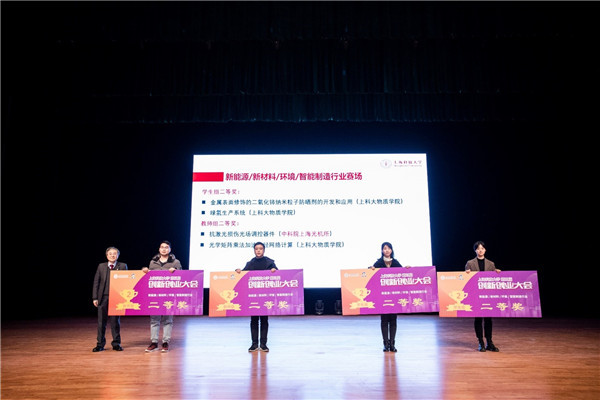 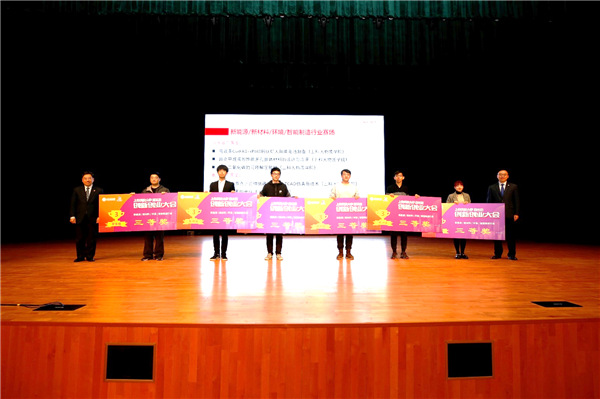 Subsequently, all the First Prize winners described their entrepreneurial projects. 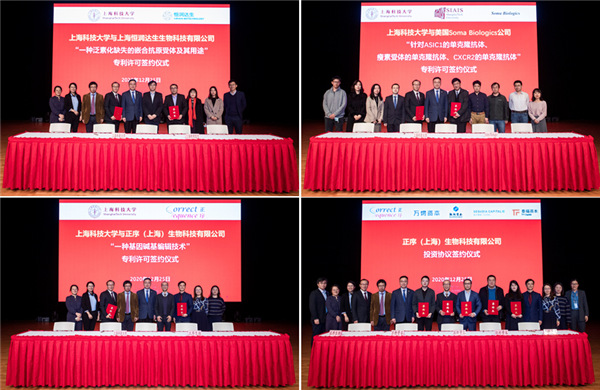 Group photo of the signing session

All projects were displayed so as to facilitate face-to-face talks for faculty and students with the enterprises and investors. After approximately 1200 votes by faculty, students and guests, three Most Popular Project Awards of this event were finally selected. 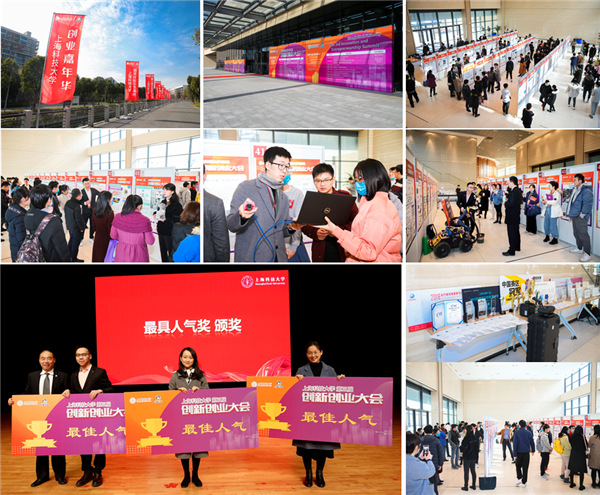 Since the establishment of ShanghaiTech, with the mission of serving the national economic and social development strategy, ShanghaiTech University has established a mechanism of combining learning and research, and learning and innovation. Its colleges and academies cooperate in educating people and paying attention to cultivating students' sense of social responsibility, so that they can grow into talents with solid scientific and technological knowledge, innovative entrepreneurial consciousness, in-depth understanding of China's national conditions as well as traditional culture, international vision, and ability to engage in scientific discovery, high-tech innovation and entrepreneurship in emerging industries. This Summit not only saw the active participation of faculty and students, but also attracted affiliated institutes, cooperative hospitals and alumni enterprises of the Chinese Academy of Sciences to compete with each other. The Innovation and Entrepreneurship Summit of ShanghaiTech University is becoming one of the early incubation platforms of the science and technology industry, serving the Shanghai Science and Technology Innovation Center.