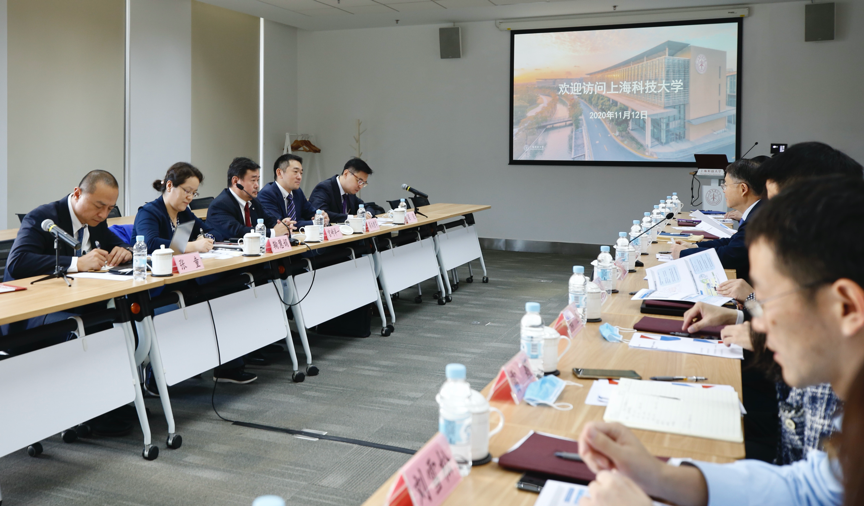 President Jiang Mianheng extended a warm welcome to the delegation and presented an overview and history of ShanghaiTech. Chairman Yoichi Miyazaki introduced Toshiba Group's business development and technological innovation in emerging industries such as semiconductors and fuel cells. Then NEDO and Toshiba respectively presented Japan's fuel cell and hydrogen energy development status, Toshiba's large-scale fuel cell and early cancer screening technology through blood. This was followed by further discussions with attending professors. President Jiang said that Japan’s research in the new energy field ranks at the international frontier level, and researchers of ShanghaiTech are also actively exploring the field. He expressed the hope that both parties can strengthen exchanges and sharing, and promote in-depth cooperation in the development and utilization of hydrogen energy and cancer treatment.

After the meeting, the Toshiba and NEDO delegation visited the School of Physical Science and Technology, SIAIS and iHuman Institute. The research group of Professor Lin Bolin from the School of Physical Science and Technology displayed the structure of the new electrode and the CO2-reducing artificial photosynthesis system. Professors from SIAIS and iHuman Institute also engaged in extensive exchanges with the delegation, hoping to enhance cooperation with Toshiba in the field of medical testing.