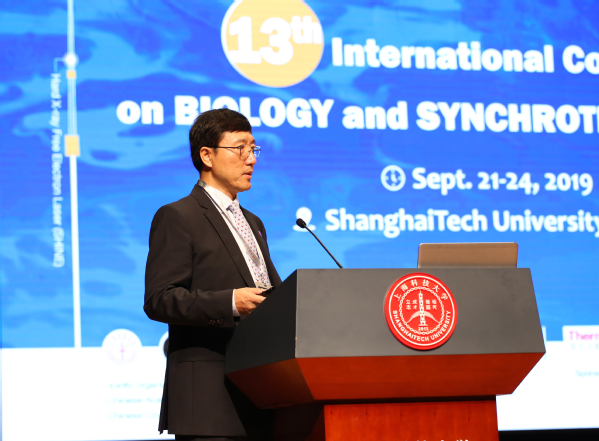 One of the top conferences in the community, BSR is held every three years, with the aim of  presenting and discussing state of the art developments of synchrotron radiation and free electron laser applications in biology. The meeting in Shanghai continued the important work of BSR and its commitment to removing barriers to international research collaboration. 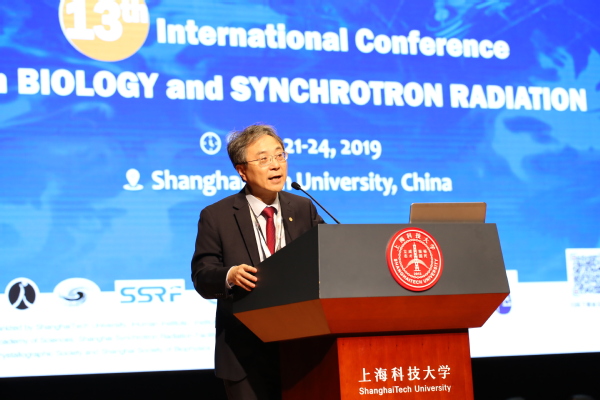 Opening Remarks given by Professor Yin Jie, Vice President and Provost of ShanghaiTech

Professor Liu Zhijie hosted the opening of the conference. Vice President and Provost Professor Yin Jie gave opening remarks, expressing his sincere welcome to the attendees. Professor Rao Zihe, as the first plenary talk speaker, gave a wonderful talk on “Architecture of African Swine Fever Virus and implications for viral assembly and vaccine design.” Professor Tetsuya Ishikawa from Japan gave an introduction to SPring-8 and SACLA and their applications to life sciences. Professor Shen Jianren from Okayama University and Professor Miao Jianwei fromUC-Los Angeles gave inspiring talks as well. In addition, the conference provided an excellent opportunity for young scientists and students to deliver oral and poster presentations on their research. 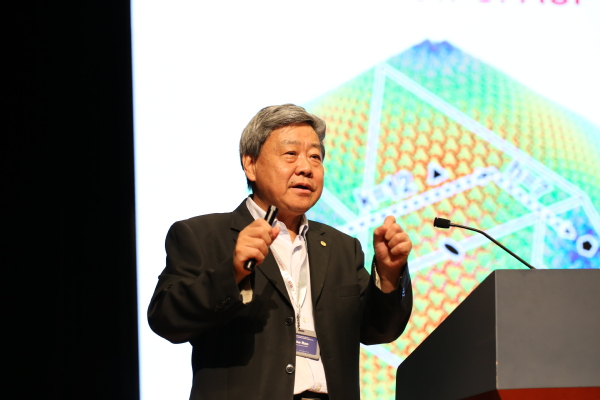 At the closing of conference Professor Samar Hasnain spoke on behalf of International Advisory Committee of BSR, summarizing the conference and announcing that the 14th BSR will be held in Uppsala University in the year of 2022.

BSR13 was strongly supported by joint organizations especially Institute of High Energy Physics of the Chinese Academy of Science and Shanghai Society of Biophysics. It is strongly believed that the success of the conference will play a significant role in promoting great progress and development in the field of synchrotron radiation and free electron laser applications in biology.