Institute of Mathematical Sciences Founding Director Professor Xiuxiong Chen’s work has earned him distinction by the Simons Foundation, which named him one of its 2019 Simons Investigators, announced in the June 25th edition of The New York Times.

Professor Chen works in the field of differential geometry which investigates relations among various structures on shaped spaces. The world that we are experiencing is of three dimensional and is called the Euclidean space. On this space, there is an algebraic structure which allows us to combine two forces; a geometric structure which allows us to quantify the curvedness of a surface, also known as curvature; and its topological structure is used to distinguish a sphere from a torus. The similar, if more complicated, structures also exist on higher dimensional spaces of a more general nature. Although we cannot visualize these spaces, called manifolds, we can study them and analyze the relations among various structures on them with advanced mathematics. Professor Chen addresses these challenging questions and has transformed our understanding of these manifolds.

The award citation recognizes Professor Xiuxiong Chen as a leading figure in complex geometry with fundamental contributions to the field.  He and his collaborators have made major breakthroughs and finally settled several long-standing problems.  With S. K. Donaldson and S. Sun, Chen proved the stability conjecture (which goes back to Yau) on Fano Kaehler manifolds.  With B. Wang, Chen confirmed the Hamilton-Tian conjecture on the Kaehler-Ricci flow on Fano manifolds. With J.R. Cheng, Chen found a groundbreaking a priori estimate for Kaehler metrics, under assumptions on the scalar curvature, which involved a fourth-order differential equation, and  verified the fundamental Donaldson geodesic stability conjecture and the properness conjecture.

Simons Investigators receive one hundred thousand dollars per year from the foundation, enabling them to undertake the long-term study of fundamental questions.  As with the MacArthur Foundation “genius awards,” the awardees are unaware ahead of time of their being considered for the award and the prize money comes with no strings attached. A Simons Investigator is appointed for an initial period of five years, with renewal for an additional five years, contingent upon evaluation of the Investigator’s scientific impact.

The Simons Foundation supports fundamental research through several funding programs. Each year since 2012, the Simons Foundation awards three to four outstanding mathematicians in their most productive years, when they are establishing creative new research directions, providing leadership to the field and effectively mentoring junior scientists. Of the 33 recipients so far, four have received the Breakthrough Prize, six are Fields medalists and three the MacArthur fellows.

Professor Chen became the founding director of the Institute of Mathematical Sciences at the ShanghaiTech University in 2018. Earlier this year, he, along with Simon Donaldson and Song Sun, was awarded the 2019 Oswald Veblen Prize in Geometry for their breathtaking proof of the aforementioned stability conjecture, published in 2015 as three-part series entitled “Kähler-Einstein metrics on Fano manifolds, I, II, and III," in the Journal of the American Mathematical Society. 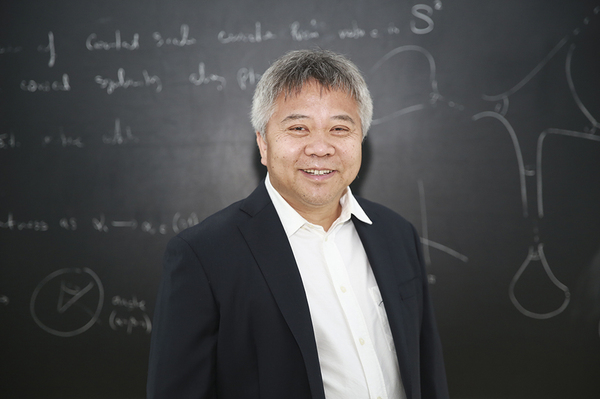