Where Science and Art Meet

On a tour of ShanghaiTech’s newest school, we pass by a life drawing class and an art gallery. Some people might look at ShanghaiTech’s newly established School of Creativity and Art and wonder…what’s art got to do with scientific research? Well, according to SCA Vice Dean John McIntosh, quite a lot.

He’s part of the team that is spearheading a groundbreaking academic program in Scientific Representation and Data Visualization that he argues may be key in nurturing and supporting what we hope will ultimately become ShanghaiTech’s most accomplished and recognized scientists and researchers. 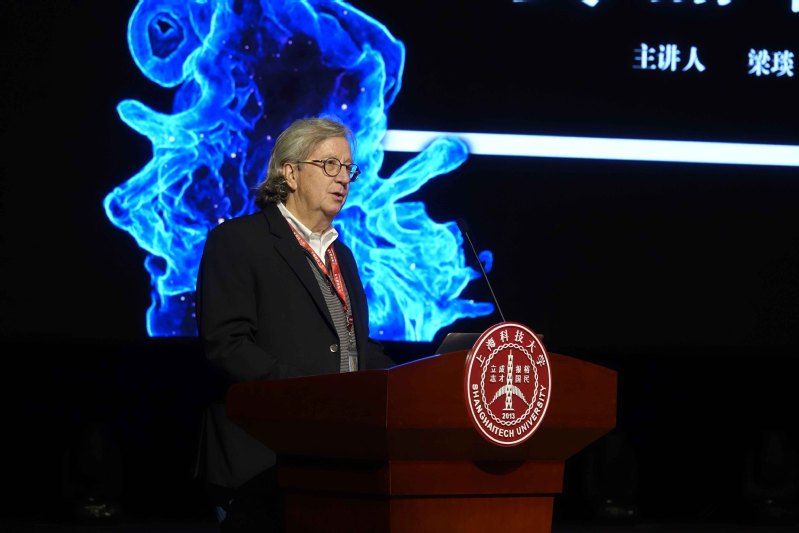 Scientific representation, McIntosh says, covers everything visual from illustration to photos to computer animation and computer simulations. Data visualization refers to using graphical design to decipher and display data in the most efficient and intelligible way.

The program, developed in collaboration with MIT (through science photographer and research scientist Felice Frankel), tackles a huge challenge in the global scientific community, i.e. how to use visual means to explain and demonstrate research results in a meaningful and accurate manner, and will be one of the first programs of its kind in the world. 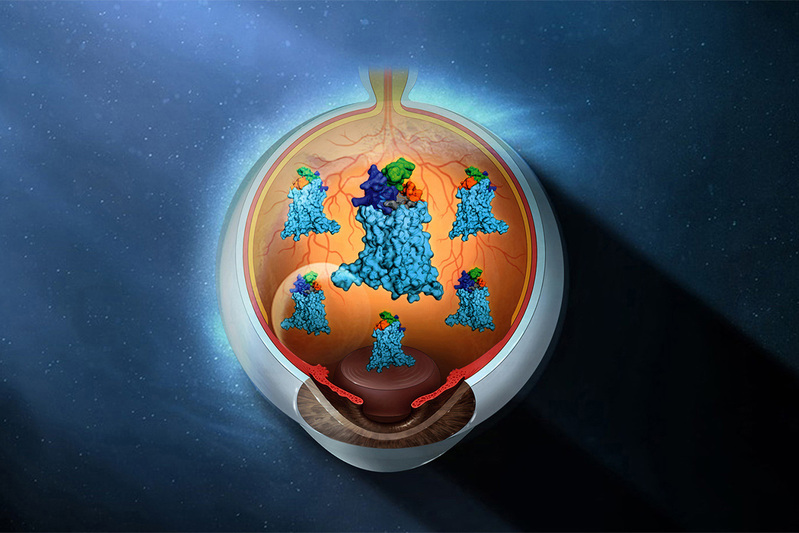 “We have a vision for how creative arts and creative minds can help in research,” he explains. “We hope to have an entire program in scientific representation that will essentially train researchers to be better prepared and to acquire and capture files in a manner that can be displayed most effectively. But we will also provide the creative and visual talent to be able to create those images and graphics,” he says. We're going to have a full range of instruction for scientists as well as visual researchers. Ideally our visual researchers will support and contribute to the research from the earliest stages so they will participate in creating the earliest drafts to the final illustrations and representations.”

Using images to represent scientific research is not a new idea, of course. Illustrators have been contributing images of the human body and plants for over 2000 years, and Leonardo da Vinci’s medical illustrations from the 15th century remain a major scientific and artistic contribution. But today there are only five universities offering courses of study in medical illustration in North America and a handful in Europe. Outside of medical illustration, there are no existing formal collaborative programs anywhere in the world for scientific representation. Most researchers are left to their own devices when they want to include high-quality illustrations or visual data in their published research.

“This is a struggle now [worldwide],” says McIntosh. There’s a great need, he says because researchers often times must scramble to acquire quality images to accompany their research for publication, and end up relying on friends and personal connections to achieve them. “Everybody has to ask a talented friend for a favor,” he says. When he asks researchers where they are sourcing their illustrations, he says, they usually reply something like, Oh, I had a friend of mine do that.”

Building a talent pool of dedicated visual researchers will be key to building ShanghaiTech’s reputation in the world, McIntosh says. “We're doing scientific research and we're trying to provide visualization and representation for the most complex research that's ongoing today. With our partnership, the logical result is that more of their research papers will be published. Their presentations will be sought after. More journal covers will be earned. And that will help establish ShanghaiTech as a world-class university.”

McIntosh says that the ShanghaiTech will see results from the new Scientific Representation and Data Visualization program quickly. “We'll see measurable results or at least credible results within a year. We should see substantial results within three years. [In the end], we will have visualization program for scientists and researchers that, given the relationship with our partnership with MIT, will be a unique and successful program that will positively impact this institution in a profound way.

To train visual researchers, he says, “We will provide instruction and we may offer certificate or other degree programs. However, our primary goal is to provide the visual research and resources for our researchers.”

Core to the program has been President Jiang Mianheng’s vision for the university. “He understands that by supporting and embracing the arts, you become a stronger institution and the education you provide is richer personally and professionally,” McIntosh says. In his speech at the 2018-2019 opening ceremony for incoming students, President Jiang put the spotlight on the work that the School of Creativity and Art is doing, emphasizing that interdisciplinary education is crucial to ShanghaiTech’s development. 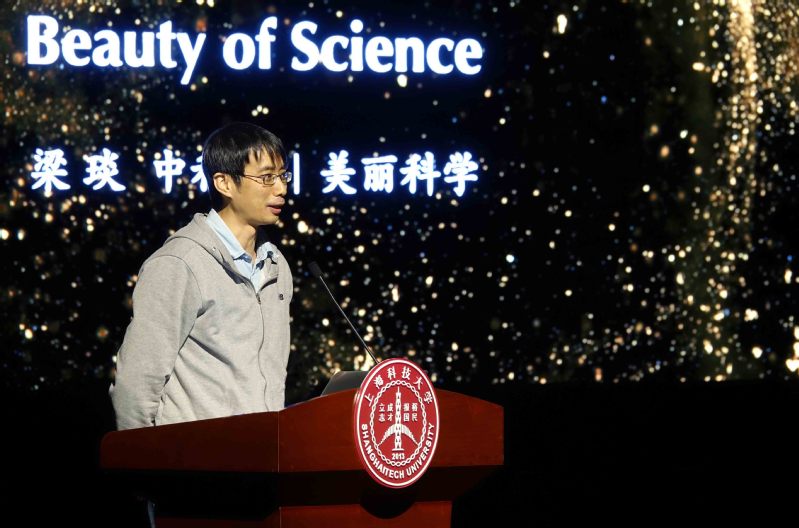 Aside from cultivating a strong cohort of visual researchers, the School of Creativity and Art has a much broader goal for enriching ShanghaiTech’s student life. In a sense, the School of Creativity and Art will be responsible for helping create the culture of ShanghaiTech, by organizing the extracurricular arts-related activities along with arts classes. “We think the value of this department has already been seen on this campus, by being active on campus, showing movies and presenting lectures and hosting gallery visits as well as having a small art gallery,” says McIntosh. Last year, SCA invited Beauty of Science founder Dr. Liang Yan and photographer Zhu Wenting to share their vision of science from an artistic lens. Chemical reactions, molecular movements and cellular formations were presented in all their beauty, as seen from under high-speed microscopes. The school’s “SCA Presents” lecture series has brought a number of interesting and innovative speakers. Most recently, VP of Google China Jay Yagnik discussed the role of AI at Google and Sheldon Brown of the Arthur C Clarke Center for Human Imagination spoke on the Art and Science of Imagination. Katrin Eismann, a New York City based photographer, author and educator, led a “Better Photography through Photoshop” workshop and a popular “Look Again” photo-walk on ShanghaiTech’s campus. AI artist Gene Kogan taught a workshop on Machine Learning in Arts, which used AI for image processing and style transferring. Wang Jie, an established modern Chinese painter, opened a show at the SCA gallery and discussed Chinese modern art history with students.

To McIntosh these are not just frills and extras; they are an essential part of a university education. “These students are like any student in the country, in the world. They're internet savvy. They understand what's going on in the world. They need art. They need music. They need theater. They need all those things to grow and they will have it here.” 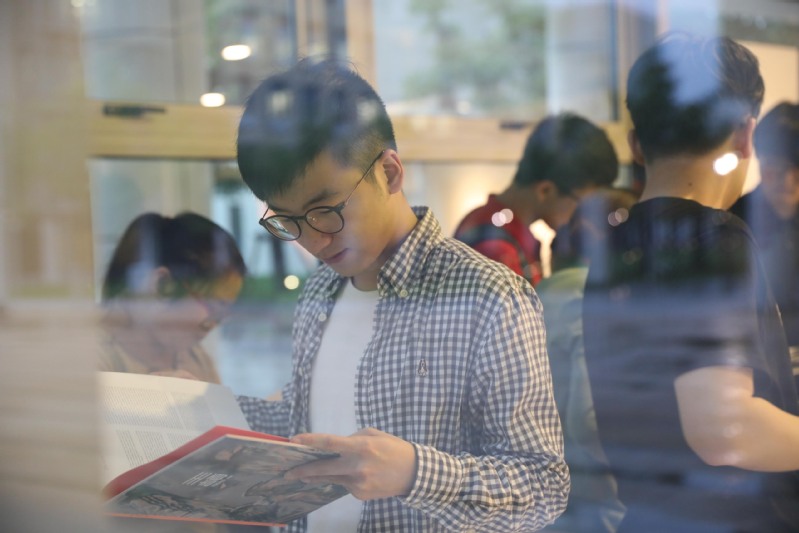 He adds, “Where you start is never where you finish. We are just beginning and where we end is another matter entirely.” There is only room to grow the arts on ShanghaiTech’s campus, he says. “That is the beauty of being new, there is only hopefully rapid growth and potential ahead of us.”

With the many resources and connections at ShanghaiTech’s command, the School has already established connections with art programs here and abroad, including the Shanghai Theater Academy and University of Southern California’s School of Cinematic Arts, which has been holding joint programs with ShanghaiTech on screenwriting, directing and producing since 2015. There are plans to offer a screenwriting program certificate at SCA. The programs have seen considerable success, with graduates going on to screen their films at international film festivals (even winning awards at some) and participating in exchanges. 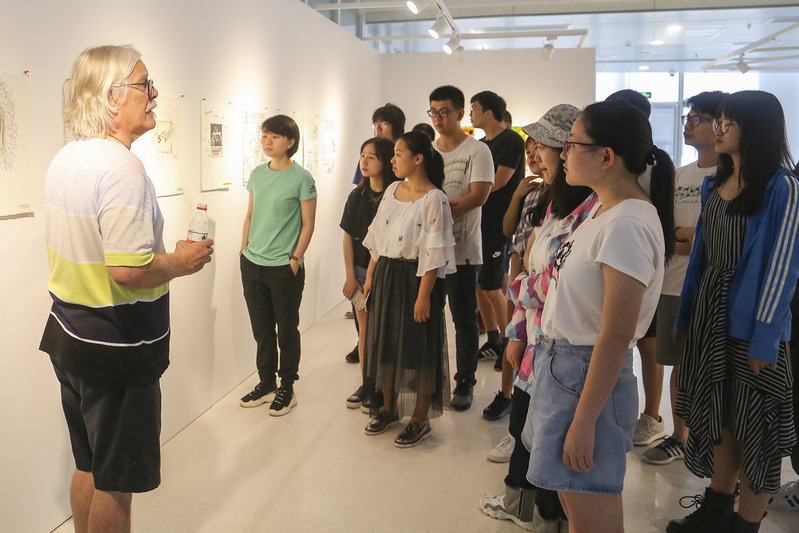 Over the summer, SCA launched its visual artist residency program. The noted American artist Brooke Larsen from New York stayed at ShanghaiTech for two weeks and conducted creative thinking and drawing classes, attended by 20 students. Other artists who joined the residency program were Jayson Haebich, who taught on Creative Coding; Mikkel Lodahl, who taught Game Design; and Guo Haitao, who taught on film as a visual language. The school hopes to bring in visiting visual artists and researchers throughout the year, with expertise in creative fields such sculpture, animation, coding, installation art and filmmaking. This semester, the school is offering general arts classes for undergraduates, with a diverse range of offerings from Design for Entertainment, Dramatic Performance and Screenwriting to Life Drawing and Art History and Animation History.

McIntosh doesn’t speak lightly of the impact he believes the SCA will have on ShanghaiTech’s development. “I think we will have changed the momentum of how students are attracted to this school and how students study here and what they learn. So much so, that we hope to be part of their greatest personal and professional successes.” 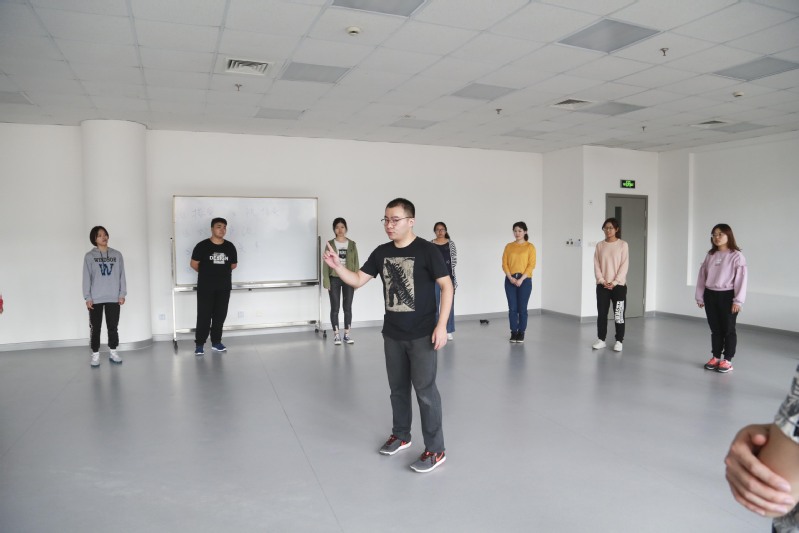 The arts play an important role for students of all disciplines, especially science, says McIntosh. “Students who are fully aware are better students and if you serve every aspect of their nurturing and their growth, they will in fact be better scientists and researchers and coders and programmers. With a complete and rich education, they'll have a more complete idea of who and what they are capable of becoming in this world,” he explains.

“I think we're on our way,” he says.“I hope we've found a niche that is important and serves this community and serves this institution. My goal was to find this path. I think in the end, we have the talent and opportunity here. We don’t see anything that will stop us now.”