The 2018 Nobel Prize in Chemistry was announced on October 3rd.  The winners for this year are Frances H. Arnold (USA), George P. Smith (USA) and Sir Gregory P. Winter (UK). Frances Arnold shares half of the prize for her research for the directed evolution of enzymes. George Smith and Gregory Winter share the other half of the prize for their research for the phage display of peptides and antibodies.
Sir Gregory Winter, a world renowned biochemist, is currently the Master of Trinity College of Cambridge University (UK). He has served on the Scientific Governing Board of Shanghai Institute for Advanced Immunochemical Studies (SIAIS) since its establishment in October 2012, and has provided enormous help and guidance for the development of SIAIS and ShanghaiTech University.
Professor Richard Lerner, the founding director of SIAIS, is a long-term collaborator with Sir Gregory Winter in antibody phage display technology. SIAIS has being setting up systematic phage display technologies since its establishment. Currently, SIAIS researchers have successfully acquired several important antibody precursors by screening phage display libraries, and are establishing an excellent foundation for further development of therapeutic antibodies. 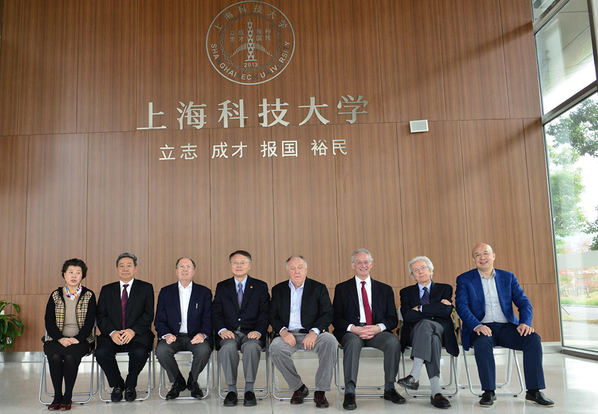