Professor Kenny agreed with ShanghaiTech’s vision and mission, and he commended the university’s progress in such a short time. The two sides discussed the possibilities of joint research, faculty training and student exchange program.

After the meeting, Professor Thomas Kenny visited the iHuman Institute and Shanghai Institute for Advanced Immunochemical Studies and then toured student dormitories and supporting facilities.

Professor Thomas Kenny got his PhD in physics from the University of California, Berkeley in 1989. From 1989 to 1993, he worked at the NASA Jet Propulsion Laboratory, where his research focused on the development of electron-tunneling high-resolution microsensors. He has been working in Stanford University since 1994 and his group is researching fundamental issues and applications of micromechanical structures. Professor Kenny has authored and co-authored over 200 scientific papers and holds 40 patents. 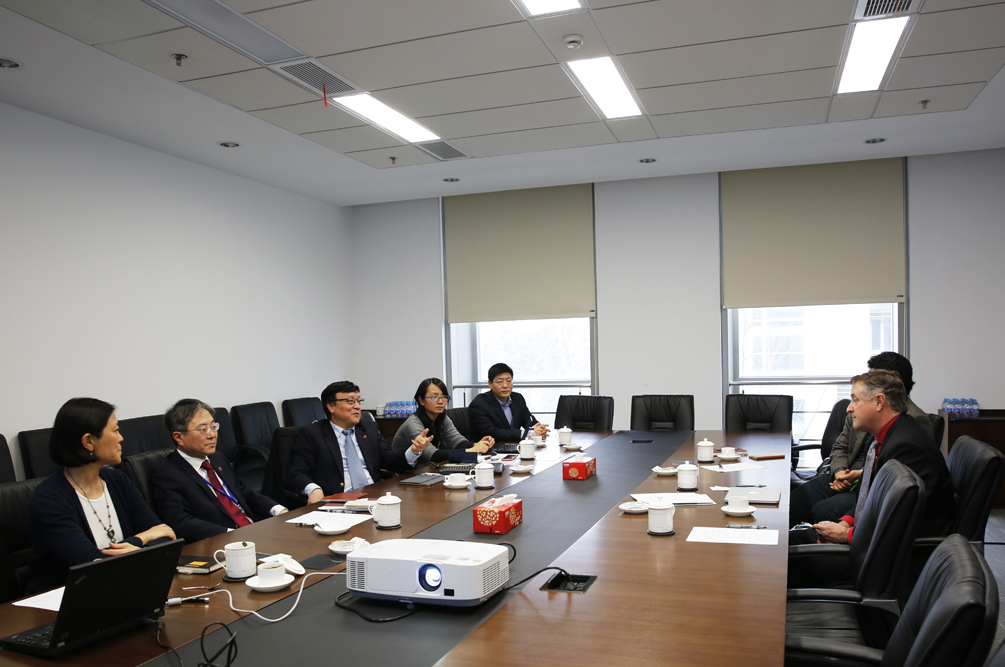