On February 13th, James Miller, Former Dean of Admission at Brown University and now Admission Consultant to Harvard College shared his experiences with ShanghaiTech’s admission team, at the invitation of President Jiang Mianheng.

Having been the Dean of Admission at Brown for 11 years, James Miller has extensive experience in admission and financial aid. His team, composed of 38 staff, enrolled over 1,650 students from a pool of 32,000 applicants. During the session, Vice President Gong Jinkang, who oversees admissions, presented ShanghaiTech admission policies and procedures, focusing on Campus Open Day, a unique assessment model integrating writing, group projects and face to face interview. Miller congratulated the ShanghaiTech team on their hard-earned achievements in admission and commented that the model was actually similar to that of the universities that he had worked for. He summarized three factors that he regarded as most important when assessing students: academic performance, extracurricular engagements, and personal quality. 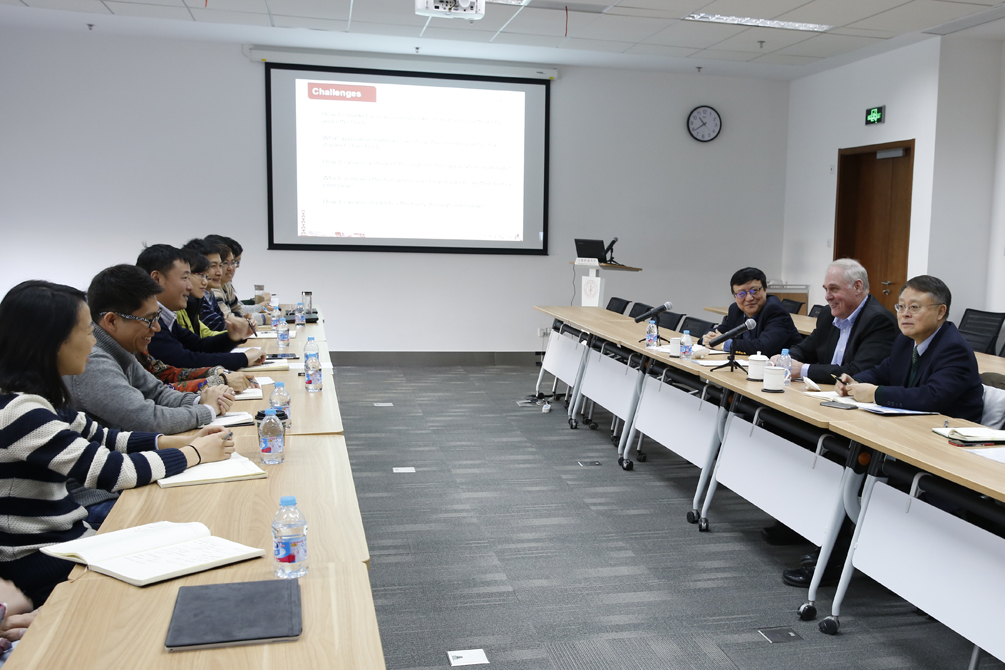