This is a real boon for IMS Founding Director Chen Xiuxiong, who has worked very hard to bring in the highest caliber of faculty to the fledging institute. During the institute’s first year of recruiting, the number of applicants could be counted on one hand, but Chen refused to lower his exacting standards, and was pleased to find that this year the pool of applicants numbered nearly 500. 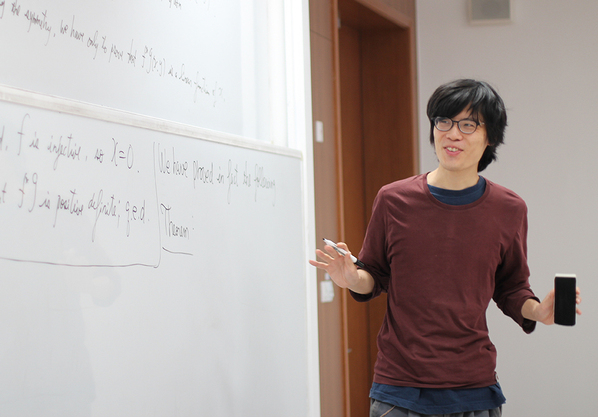 “We set a very high standard and hope to maintain it. We hope to get the message out that this is a place for original math research for high level young mathematicians who aspire to assert themselves,” said Chen. As a result, “The applicant pool this year was phenomenal.” No doubt part of the draw for applicants was a chance to work with Director Chen, a celebrated mathematician who this year was awarded the Oswald Veblen Prize in Geometry and named one of the Simons Foundation’s 2019 Simons Investigators. But another reason so many were attracted to join the institute may have been the support the institute promises ambitious young mathematicians. 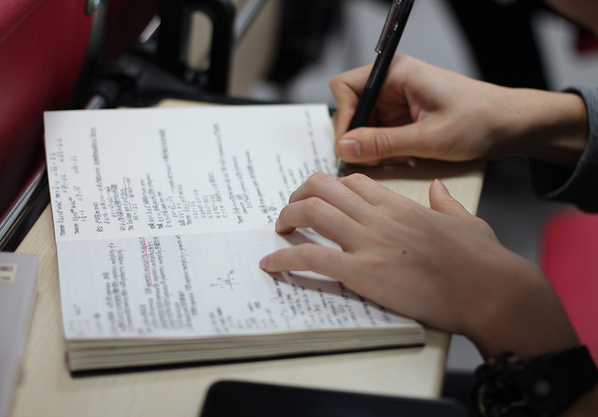 While the institute is in its early stages, just like ShanghaiTech, it is growing fast. In just over a year, the institute has hired eighteen faculty members, nine of them tenure-track. “We hired people who were on tenure-track in U.S. universities; Tu Junwu, for example. And we hired people who could have go on to tenure-track positions in western institutions. They’re of very high quality,” said Deputy Director Cai Mingliang. 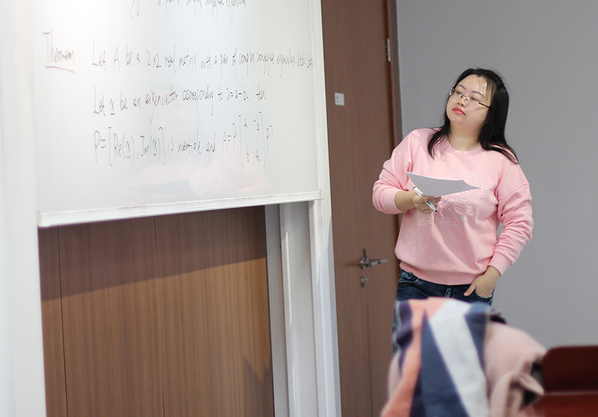 The Institute of Mathematical Science plays a crucial role in ShanghaiTech’s development as a top university. “We want to launch programs that interact with different branches of the university,” said Chen, “as well as provide math courses for students in all the schools.”

“We all have some dream to fulfill,” he added. “To have a first-rate institute in China where all the top young people from the world come and thrive, this is an exciting thing to do. Forty years ago, both of us went to the U.S. for higher education. After we graduated we stayed there and did well in our own careers. The system in the U.S. is really wonderful to welcome people of all backgrounds. And now in China we have a unique opportunity to welcome people of all nationalities. As long as they are talented and ambitious, we want them.”Some gave up tenure-track positions to join Chen at ShanghaiTech, or passed up very competitive offers from universities in cities like Shenzhen. Some, like Yao Chengjian, a former student of Chen’s from SUNY Stonybrook who was awarded a 1000 Youth Talent grant last year, were looking for a reason to return to China. And others, like Sun Wei, an Ohio State grad who had returned to China, jumped at the chance to join a top-notch institute in his hometown. 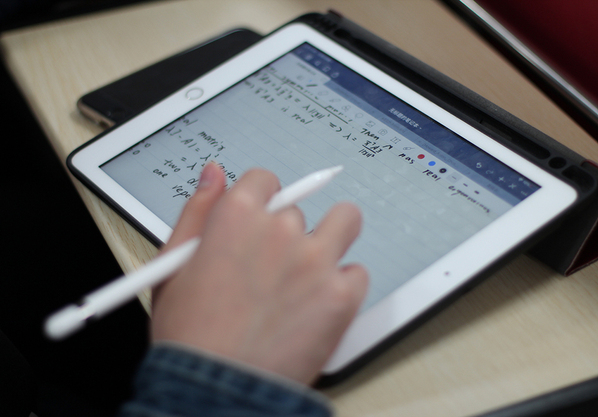 The young faculty at the institute have been generating exciting research work. Associate Professor Tu Junwu has written six papers in the past year; Assistant Professor Yao Chengjian’s paper has been accepted for publication in Duke Mathematical Journal, a premier journal in mathematics; and Assistant Professor Tongseok Lim has had a paper accepted for publication in Annals of Probability, viewed by many as the top journal in the field of probability. 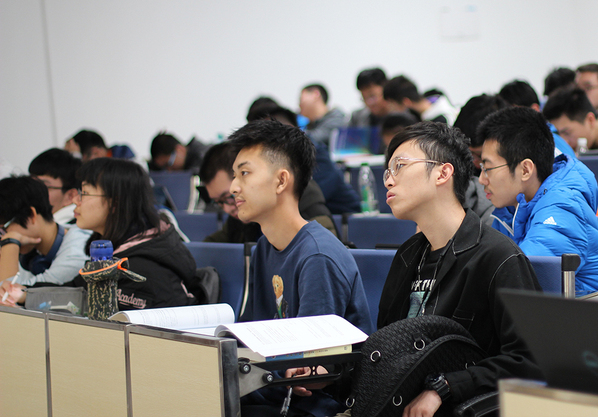 After preparing all summer, this semester the institute welcomed its first class of undergraduate math major students. After going through a lengthy and rigorous selection process, ten students from the freshman class became math majors. The institute plans for about 15 student math majors per year, with a goal of 10 students entering as math majors with another five joining by the end of the year.

But aside from those math major students, the institute is also responsible for math education for the entire student body. “As a science and technology-oriented university, we want to ensure that our students develop a solid mathematical foundation, whether you major in physics or material science or life science or IT,” said Cai, who said the undergraduate curriculum is being modeled after similar programs at Cornell and Stanford.

Chen and Cai have high goals for the courses the institute will offer to non-math majors. “We are examining what we teach and how we teach. We see a lot of room for improvement,” said Cai. “About 30% of our students are not very well-versed in mathematics, so we want to change that.” That includes upping lecture hours and creating tailored math courses for students of varying skill levels.  The two hope that by putting more emphasis on core mathematics, the students’ future prospects will improve. This year they are changing up the course structure of Mathematical Analysis and Linear Algebra. “These are very basic, the cornerstone of college mathematics,” said Chen. 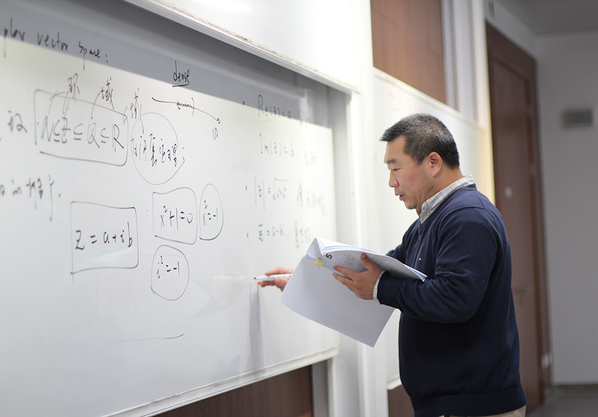 Chen and his excellent faculty team have taken on a massive project to transform ShanghaiTech’s mathematics education. ShanghaiTech’s success will be due in no small part to their efforts for the whole student body. “All the first-rate international universities in the world have a first-rate math department, not the other way around,” said Chen, “so, if a university aspires to be a premier international university, it’s very important to have the math component.” 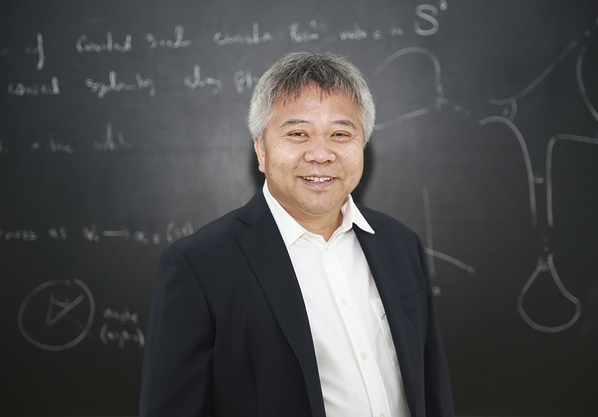 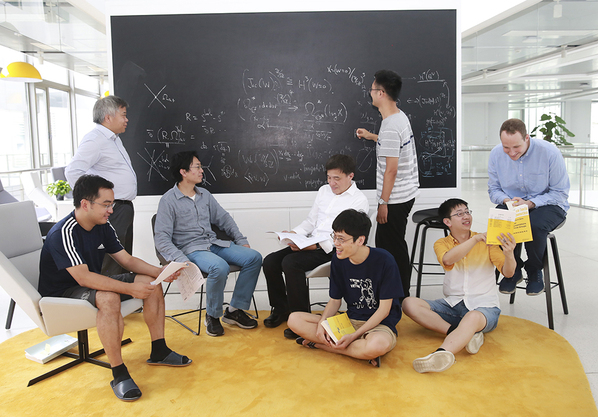