Carl June is a physician scientist and the Richard W. Vague Professor in Immunotherapy at the Perelman School of Medicine at the University of Pennsylvania. He is the director of the Center for Cellular Immunotherapies at the Perelman School of Medicine, and the Director of the Parker Institute for Cancer Immunotherapy at the University of Pennsylvania. June has published more than 500 manuscripts and is the recipient of numerous prizes and honors, including election to the Institute of Medicine in 2012 and the American Academy of Arts and Sciences in 2014. He is the scientific founder of Xcyte Therapies Inc. and Tmunity Therapeutics. CTL019, the CAR T cell developed in the June laboratory was the first gene therapy to be approved by the US FDA in August 2017. The therapy developed by Dr. June’s team is now approved and marketed by Novartis in the US, Europe and Japan. 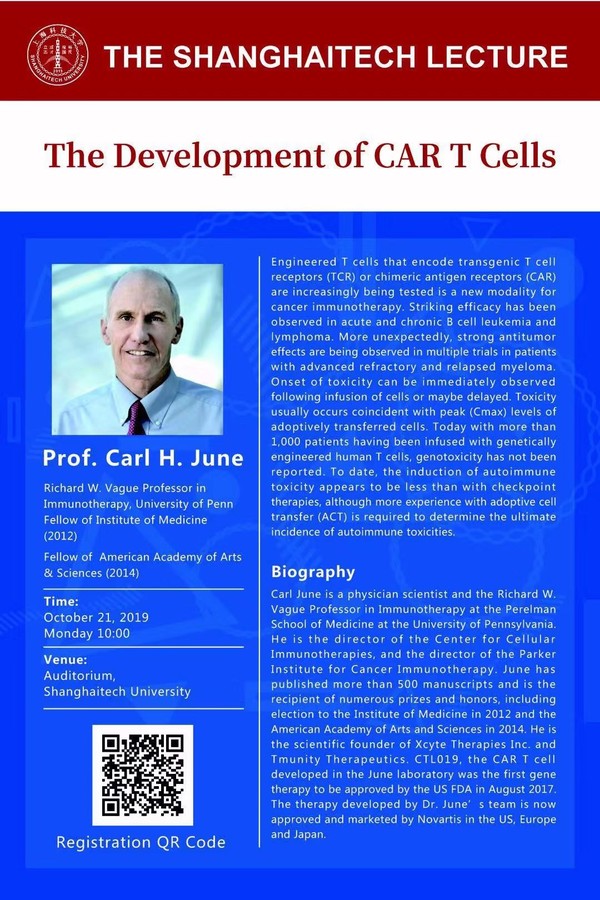