In the 19th International Zeolite Conference in Perth, Australia, the Donald W. Breck award was given to CħEM Director Professor Osamu Terasaki, Assistant Professor Ma Yanhang and their collaborators for the discovery of enantiomerically enriched STW zeolite.

Donald W. Breck of the Union Carbide Corporation was a major figure in the early development of synthetic molecular sieves and one of the founders of the IZA. Following his untimely death in 1980, the Union Carbide Corporation established an award in his memory. The first award was presented in 1983 at the Sixth IZC in Reno, NV. The award, in the amount of $1000, is presented at each IZA conference “to an individual or group for significant contribution to molecular sieve science and technology achieved since the last conference.” Assistant Professor Ma Yanhang is the first Chinese scientist to win the award.

The synthesis of enantiopure chiral zeolites has been pursued for a long time due to their potential applications in enantioselective separation and catalysis. Osamu Terasaki and Ma Yanhang developed new approaches for handedness determination using electron microscope and successfully applied the method into the characterization of enantiomerically enriched STW zeolite. Their work provides insights for synthesis and separation of chiral molecules and materials. 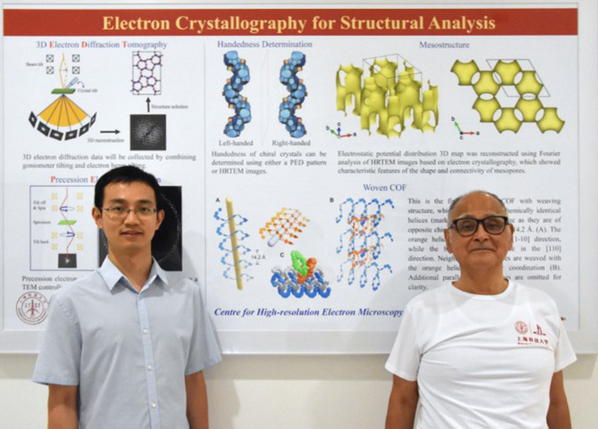