On October 25th, ShanghaiTech Distinguished Professor-in-Residence Rao Zihe and his team’s research on “An electron transfer path connects subunits of a mycobacterial respiratory supercomplex” was published online in Science journal.

On the strength of cryo-electron microscopy (cryo-EM) with high resolution (3.5 Å) structure of mycobacterial respiratory supercomplex, the team revealed a new electron transfer mechanism coupling quinone oxidation with oxygen reduction. Furthermore, they discovered that superoxide dismutase (SOD) are directly involved in the assembly of the supercomplex and work in concert. These new findings have laid a solid groundwork for new drug R&D targeting tuberculosis, which poses grave threats on human health. 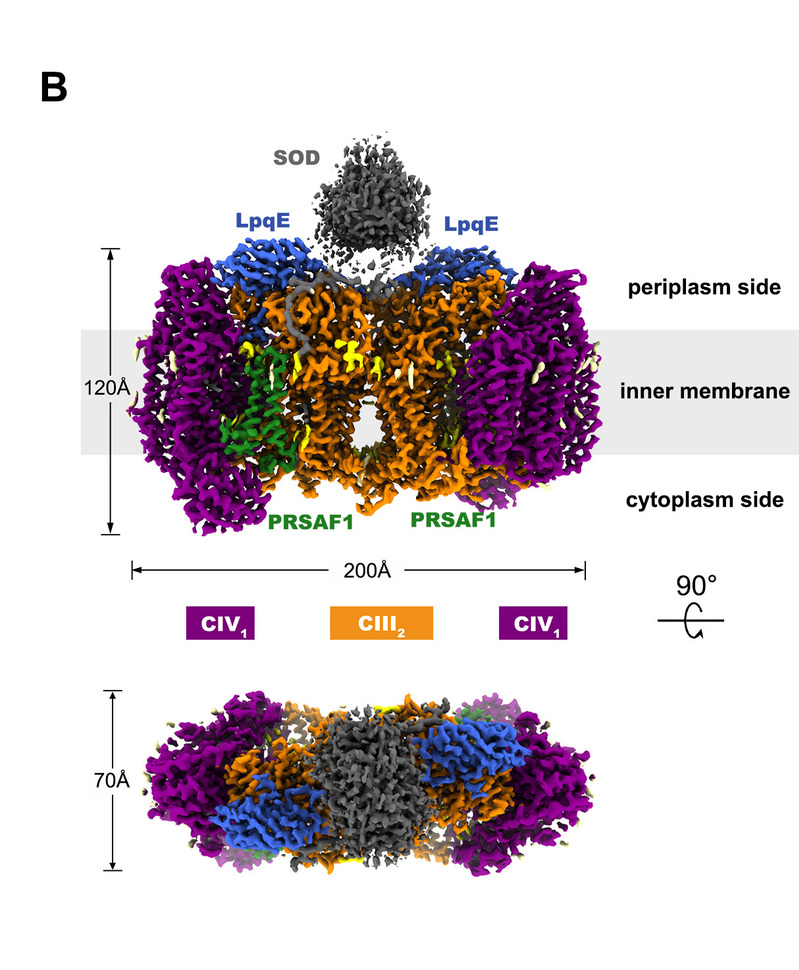 Respiration is one of the most basic energy metabolisms in life, and helps energy transform substances (e.g., sugar, amino acid and fatty acid) into adenosine triphosphate (ATP) that could be immediately consumed by the living body. It is run mainly by five large transmembrane complexes on the microbial cytoplasmic membrane or the inner mitochondrial membrane: complex I (NADH dehydrogenase), complex II (succinate dehydrogenase), complex III (quinone: cytochrome c oxidordeuctase), complex IV (cytochrome c oxidase) and complex V (ATP synthase), together with two carriers for electron transfer, quinone and cytochrome c, therefore called the respiratory chain. Electron transfers inside and between the complexes I-IV through cascading with redox reaction, thus forming an electron transfer chain, coupling which the transmembrane proton gradient is created to drive ATP synthesis by complex V. Previous studies have shown that respiratory chain components could be further assembled into supercomplexes to promote tandem reaction among them. This is of great significance in the regulation of energy metabolic efficiency and various physiological processes. The disorder in supercomplex assembly would be closely related to the occurrence of diseases in higher animals; when interrupted in microorganisms, it would be an important strategy for developing new drugs to inhibit their growth and infection. 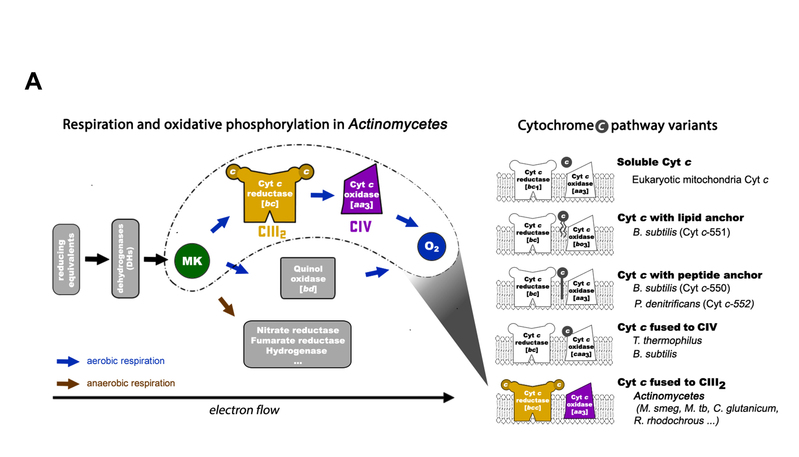 “It is common for the assembly of complex III and complex IV to form a supercomplex, which is particularly important in energy production for Actinobacteria, a phylum containing Mycobacterium tuberculosis and multiple pathogenic bacteria,” said Professor Rao. “There were no extensive and direct interactions between complex III and complex IV in the previous reported structures including mammalian respiratory supercomplex I1III2IV1. Meanwhile, the cytochrome c protein in mitochondria exists in free soluble form to mediate electron transfer between complex III and complex IV. So, it is still questionable on whether it shuttles inside the supercomplex or across multiple supercomplexes. In this research, we revealed the whole electron transfer path from complex III to complex IV and the tandem reaction mechanism for the two complexes. Such a revelation answers one of the widely concerned scientific questions that has long been unresolved in the respiratory field, following our first report of the crystal structure of the eukaryotic mitochondrial complex II in Cell in 2005.”

As explained by Gong Hongri and Xu Ao, doctoral students of Nankai University and co-first authors of this article, this research finding came from years of preparation and technical accumulation in the study of Mycobacterium tuberculosis by the team. Their close cooperation runs from the purification and optimization of samples to activity validation, from preparation of cryo-EM samples to improvement of data processing methods and eventually to the resolution of near-atomic resolution structural model. Such cooperation coupled with harmonized efforts in multiple biochemical and biophysical methods, such as lipidomics analysis, atomic absorption spectrometry and electron paramagnetic resonance test, empowered the researchers to gain comprehensive intimate knowledge of the whole electron transfer path inside this particular supercomplex.

“Another unexpected discovery is superoxide dismutase (SOD). Despite in zymologic function it has long been regarded correlated with redox reaction of the respiratory chain by radicals scavenging and also with the host’s immunoreactions during microbial infection, direct evidence is still absent,” said Dr. Wang Quan and Research Associate Professor Li Jun, key members of the team. “Additionally, the molecular mechanism of SOD involved in such connection is rather controversial. From the viewpoint of the structural biology for the first time, we confirmed the direct interaction in the mycobacterial periplasm between SOD and the respiratory chain complex as well as SOD’s capability of scavenging the potential free radicals to drive redox reaction. Moreover, this finding implies an important mechanism of Actinomycetes represented by Mycobacterium tuberculosis to resist immunoreactions in the host’s macrophage, thus bringing new revelations to the further understanding of interactions between Mycobacterium tuberculosis and its host,” they said. 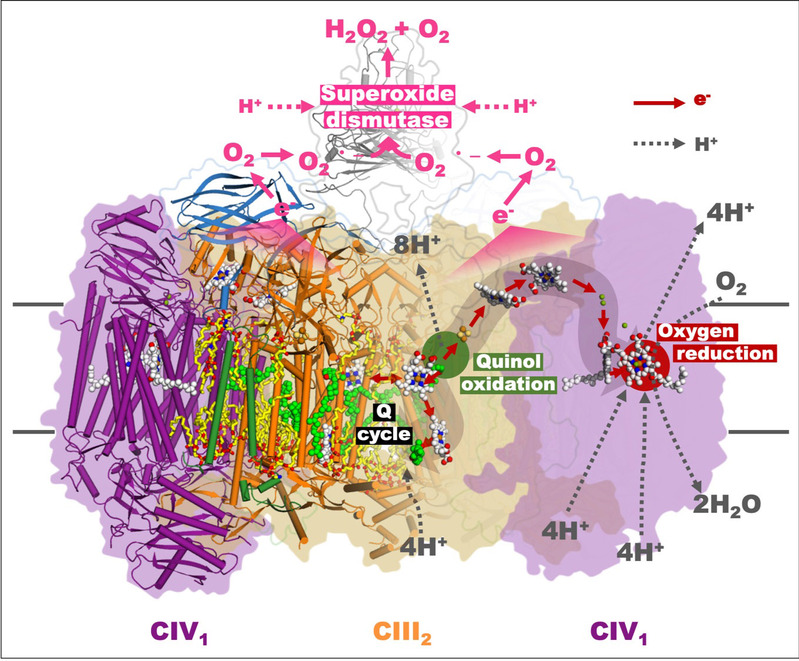 SOD involved in the redox reaction inside mycobacterial respiratory supercomplex

Their research bears great significance in the R&D of new drugs, especially targeting tuberculosis. The World Health Organization (WHO) reports that tuberculosis has become a leading infectious disease in the world. For decades, the long-term use of isoniazid, rifampicin and other drugs has resulted in increasingly acute drug resistance. Drug resistance has become one of the grave challenges in treating tuberculosis. Studies in recent years indicate that targeting energy metabolic system can address drug resistance remarkably, and have been attracting attention. In 2012, the US FDA expedited approval of Bedaquiline, the first drug treating the multiple-drug resistant tuberculosis and it gained access to China in March 2018. The working principle of this drug is to inhibit the respiratory chain system from synthesizing ATP to wipe out Mycobacterium tuberculosis.

“The complex III under our research is a highly popular drug target. The pharmaceutical molecule Telacebec (Q203) in the phase II clinical trials is just suppressing the binding of natural substrate of the complex to block the aerobic respiration pathway of Mycobacterium tuberculosis, thus to play its pharmacological role. Our research will serve as a great powerhouse for further improvement of this drug and development of even new drugs with better efficacy,” Professor Rao said. 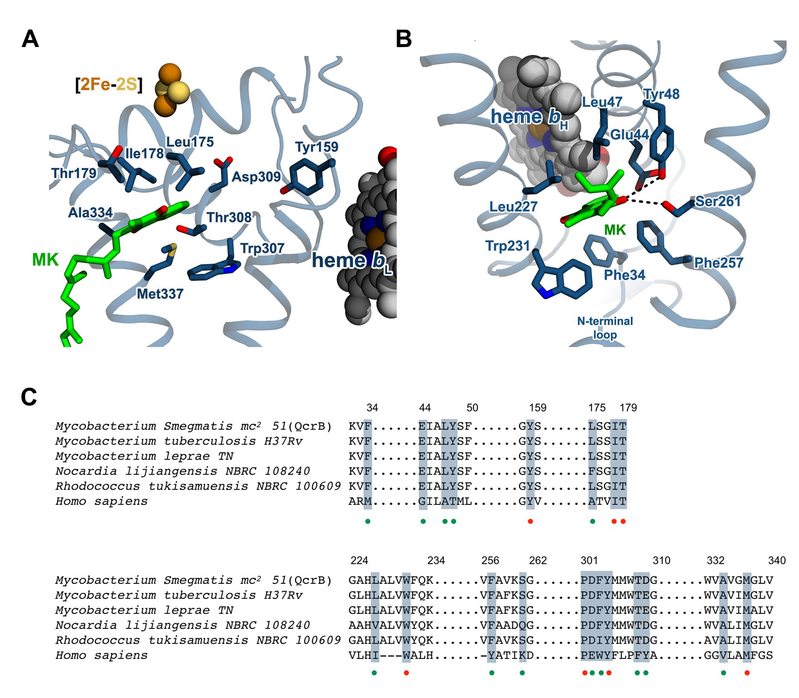 Professor Rao Zihe and his research team has long been committed to researching the structural biology of emerging and reemerging infectious disease pathogens in China. This article is the second one published in Science this year following publication of the assembly mechanism of herpes virus earlier this year. Multiple institutions have contributed to this research with ShanghaiTech University being one of the three key initiators. Research Associate Professor Li Jun of the Shanghai Institute for Advanced Immunochemical Studies is the co-first author of this article and Professor Rao Zihe is the co-corresponding author. Professor Jiang Biao, doctoral student Wang Shuhui and Research Associate Professor Yang Xiuna have also contributed to this work. In addition, the National Center for Protein Science (Shanghai) provided some of technical support for this work.